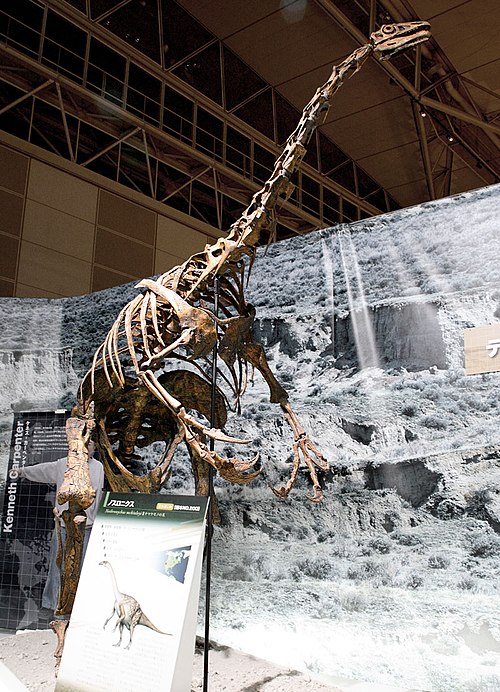 Nothronychus is a genus of theropod dinosaur classified in the group Therizinosauria, from the Cretaceous of North America.

The type species of this dinosaur, Nothronychus mckinleyi, was described by James Kirkland and Douglas G. Wolfe in 2001. It was recovered near New Mexico's border with Arizona, in an area known as the Zuni Basin, from rocks assigned to the Moreno Hill Formation, dating to the late Cretaceous period (mid-Turonian stage), around 91 million years ago. A second specimen, described in 2009 as a second species, Nothronychus graffami, was found in the Tropic Shale of Utah, dating to the early Turonian, between one million and a half million years older than N. mckinleyi.

The name Nothronychus, is derived from Greek, meaning "slothful claw."

Nothronychus was a herbivorous theropod with a beak, a bird-like hip (resembling that of the non-related ornithischians) and four-toed feet, with all four toes facing forward.