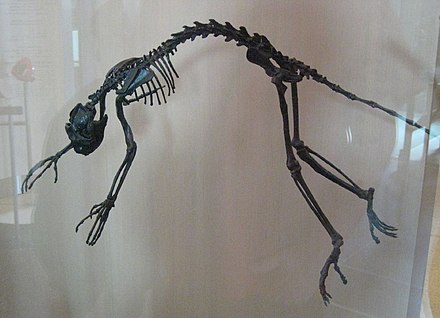 Notharctus is a genus of adapiform primate that lived in North America and Europe during the late to middle Eocene.

The body form of Notharctus is similar to that of modern lemurs. Its fingers were elongated for clamping onto branches, including the development of a thumb. Its spine is flexible and the animal was about 40 centimetres (16 in) in length, excluding the long tail.

There were at least four different Notharctus species. Fossils from at least seven other potential species have also been discovered.