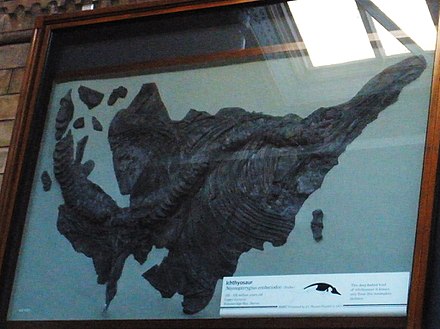 Nannopterygius (meaning ''small wing/flipper'' in Greek) is a genus of ophthalmosaurid ichthyosaur that lived in the Middle to Late Jurassic (Callovian to Tithonian stages). Fossils have been found in England and Germany. The first specimen was found in the Kimmeridgian Kimmeridge Clay Formation of Kimmeridge Bay, Dorset, UK and described by Hulke in 1871, who named it Ichthyosaurus enthekiodon. A year earlier, Hulke had described some remains from the same horizon and locality that he thought were ichthyosaurian, naming them Enthekiodon (no species given). These are now lost, but Hulke considered them sufficiently similar to demote the name to species level. In 1922, Huene separated this species into the new genus Nannopterygius, named for the small fore- and hindpaddles.