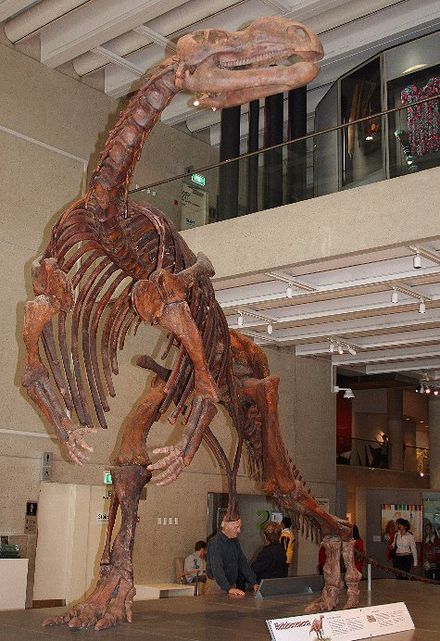 Muttaburrasaurus was a genus of herbivorous ornithopod dinosaur, which lived in what is now northeastern Australia sometime between 112 and 99.6 million years ago during the early Cretaceous Period. It has been recovered in some analyses as a member of the iguanodontian family Rhabdodontidae. After Kunbarrasaurus, it is Australia's most completely known dinosaur from skeletal remains. It was named after Muttaburra, the site in Queensland, Australia, where it was found.