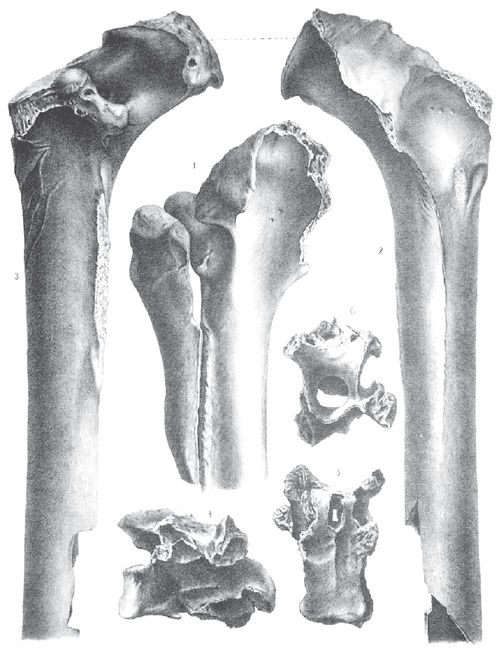 Mesembriornis is a genus of intermediate-sized phorusrhacids that grew up to 1.5 metres in height. They represent a well-distinct lineage of terror birds, differing from the massive large groups and the smaller Psilopterinae. In general proportions, they most resembled the Patagornithinae which flourished somewhat earlier, mainly to the south of the range of Mesembriornis.

Two species are nowadays accepted, Mesembriornis incertus and Mesembriornis milneedwardsi. However, this was recently disputed by an author who claimed Mesembriornis to be a nomen nudum , renamed the genus Hermosiornis and proposed a new taxonomic systematics for the family. Mesembriornis lived on the pampa of E and NW Argentina from the Late Miocene to the Late Pliocene, roughly 10-2.6 million years ago. Together with the North American giant Titanis walleri, it was among the last terror birds alive.