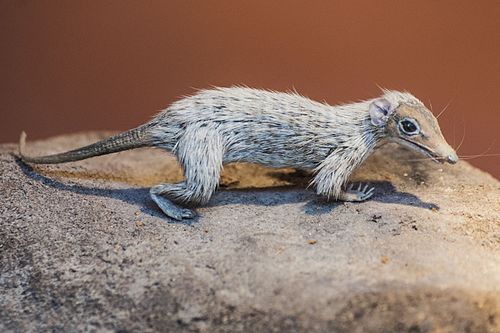 Megazostrodon is an extinct Mammaliaform that is widely accepted as being one of the first mammals and which appeared in the fossil record approximately 200 million years ago. It did have some non-mammalian characteristics but they were sufficiently minor to warrant the analysis that this animal probably represents the final stage of the transition between cynodonts and true mammals.