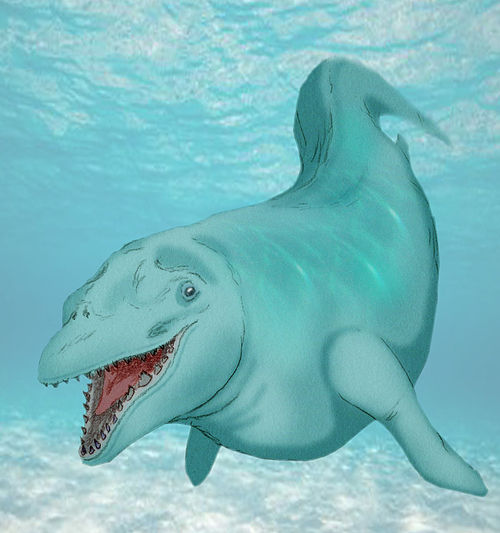 Masracetus (from Arabic Masr, "Egypt", and Greek ketos, "whale") is an extinct genus of basilosaurid ancient whale known from the Late Eocene (Priabonian, 37.2 to 33.9 million years ago) of Egypt.

Masracetus was briefly described in an addendum by Gingerich 2007 and is known from just an assemblage of vertebrae and a poorly reconstructed skull from 1908. The lumbar vertebrae are large but relatively short (anteroposteriorly) compared to those of other archaeocetes; the diameter is almost the same as for Basilosaurus isis but the length is less than half of the latter. Masracetus is larger than Cynthiacetus.