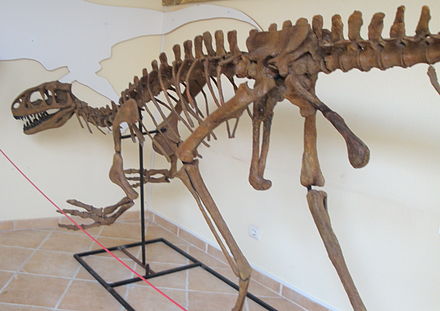 Lourinhanosaurus (meaning "Lourinha [Formation] lizard") was a carnivorous theropod dinosaur genus that lived during the Late Jurassic Period (Kimmeridgian/Tithonian). Its first remains were found at Peralta, near Lourinha, Portugal in 1982, but were not described until 1998, by Portuguese paleontologist Octavio Mateus.

Its type (and to date only) species is L. antunesi, in honour of Portuguese paleontologist Miguel Telles Antunes.