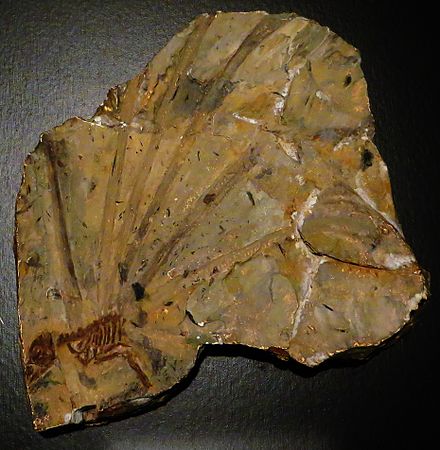 Longisquama is a genus of extinct reptile. There is only one species, Longisquama insignis, known from a poorly preserved skeleton and several incomplete fossil impressions from the Middle to Late Triassic Madygen Formation in Kyrgyzstan. It is known from a type fossil specimen; slab and counterslab (PIN 2548/4 and PIN 2584/5), and five referred specimens of possible integumentary appendages (PIN 2584/7 through 9). All specimens are in the collection of the Paleontological Institute of the Russian Academy of Sciences in Moscow.

Longisquama means "long scales"; the specific name insignis refers to its small size. The Longisquama holotype is notable for a number of long structures that appear to grow from its skin. The current opinion is that Longisquama is an ambiguous diapsid and has no bearing on the origin of birds.