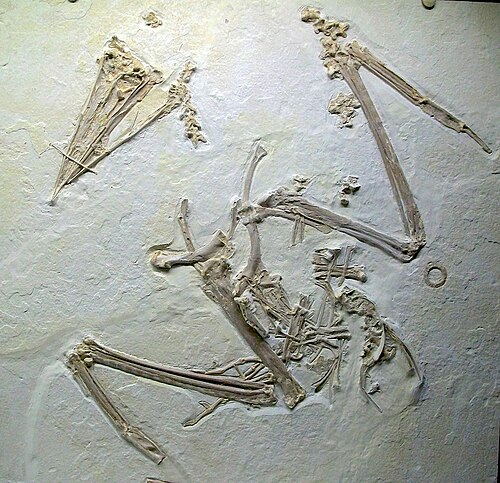 Limnofregata ("Freshwater frigatebird") is an extinct genus of primitive frigatebird. The two known species were described after fossils from the Early Eocene Green River Formation (c.49 million years ago) of Wyoming. A number of good complete and partial skeletons, some with feather impressions, are known of the type species, Limnofregata azygosternon, and L. hasegawai is known from two skulls and most of one torso.