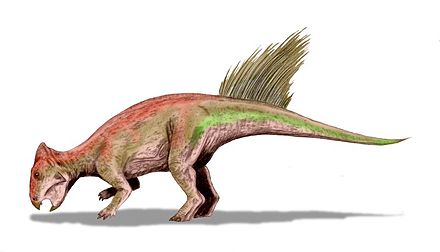 Liaoceratops, meaning "Liao Horned Face", is a ceratopsian dinosaur believed to be an early relative of the horned ceratopsids. It lived in the early Cretaceous, some 130 million years ago. It was discovered in China by a team of American and Chinese scientists. Liaoceratops was much smaller than its later relatives, but offers a glimpse into the early evolution of this group of dinosaurs.