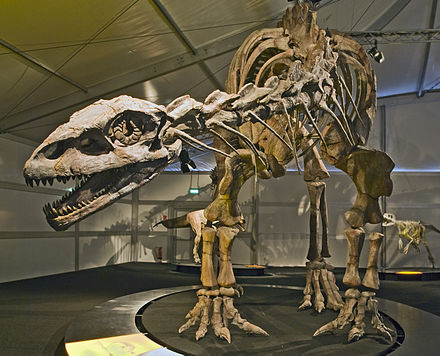 Lessemsaurus is an extinct genus of sauropodomorph dinosaur (possibly a melanosaurid) named for the writer of popular science books Don Lessem.

The type species, L. sauropoides, was formally described by Jose Fernando Bonaparte in 1999. It was found in San Juan Province, Argentina.

This dinosaur was around 30 feet (9 m) long, and was discovered in strata dating to the Norian stage, around 210 million years ago.