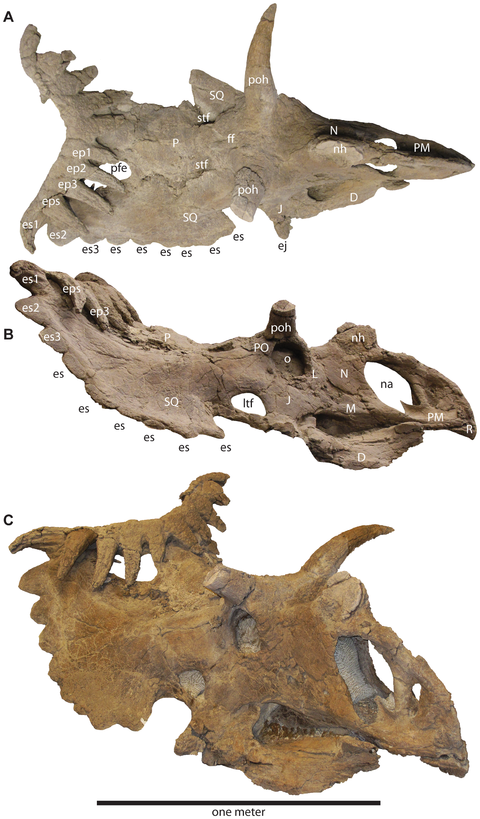 Kosmoceratops (from Ancient Greek kosmos (kosmos "ornament, decoration"), keras (keras, "horn") and ops (ops, "face")) is a genus of herbivorous chasmosaurine ceratopsian dinosaur, which lived during the Late Cretaceous period (late Campanian) in the part of the island continent Laramidia that is now Utah, United States. Its fossils have been recovered from the Kaiparowits Formation in the Grand Staircase-Escalante National Monument. It was first named by Scott D. Sampson, Mark A. Loewen, Andrew A. Farke, Eric M. Roberts, Catherine A. Forster, Joshua A. Smith, and Alan L. Titus in 2010 along with the chasmosaurine genera Utahceratops (also from the monument) and Vagaceratops (from Alberta). The type species is K. richardsoni, named in honor of Scott Richardson, a volunteer who discovered the holotype specimen and many other fossils within the Grand Staircase-Escalante National Monument.