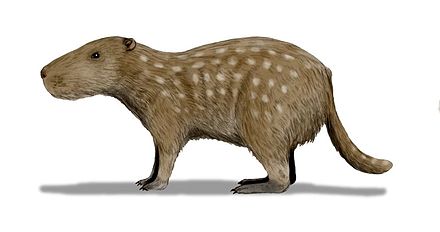 Josephoartigasia is an extinct genus of giant rodent from the Early to Late Pliocene, related to the living pacarana. The genus includes the largest known rodent, Josephoartigasia monesi. The two species would have resembled gigantic pacarana, or capybaras the size of cows, with an estimated weight of 1,000 kilograms (1.0 t).

As the first specimen was found in Uruguay, it was named in honour of Jose Artigas, the libertador of the country.