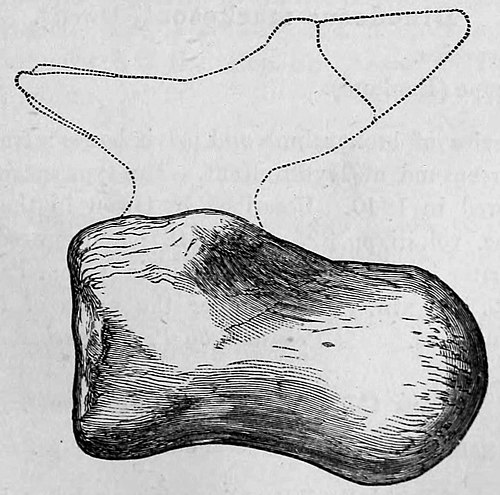 Iuticosaurus (meaning "Jute lizard") is the name given to a genus of dinosaur from the Early Cretaceous of the Isle of Wight. Iuticosaurus was a sauropod, specifically a titanosaur.

In 1887 Richard Lydekker described two sauropod tail vertebrae found by William D. Fox near Brook Bay on Wight, BMNH R146a en BMNH 151, and referred them to the genus Ornithopsis, despite indicating their similarity to Titanosaurus, because the tail of Ornithopsis was unknown. On reading the paper to the Geological Society of London, Lydekker was criticised by Harry Govier Seeley and John Hulke for his choice and in 1888 he referred to the fossils as Titanosaurus sp. a, Titanosaurus sp. b being a third vertebra, BMNH 32390.

In 1929 Friedrich von Huene named both taxa as full species. The first became Titanosaurus Valdensis, the specific name referring to the Wealden, the second Titanosaurus Lydekkeri, its specific name honouring Lydekker. By present convention both specific names would be spelled as T. valdensis and T. lydekkeri respectively.

In 1993 Jean le Loeuff redescribed the material and named a separate genus: Iuticosaurus, the generic name referring to the Jutes who settled the island in the fifth century and established a Jute dynasty in the sixth century. Le Loeuff made Iuticosaurus valdensis the type species, and chose BMNH 151 as the lectotype. Another vertebra, BMNH R 1886, was referred by him to this species. The second species, though formally named by him as Iuticosaurus lydekkeri, he considered a nomen dubium.

I. valdensis was found in the Wessex Formation and I. lydekkeri in the younger Upper Greensand.

Iuticosaurus was probably similar to Titanosaurus. It measured 15 to 20 metres (49-65 feet) long.

Most researchers have concluded that I. valdensis cannot be distinguished from other titanosaurs and is therefore a nomen dubium also.