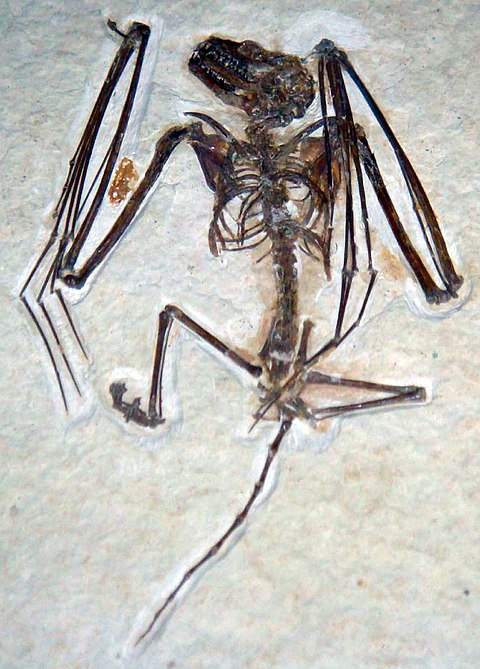 Icaronycteris is an extinct genus of microchiropteran (echolocating) bat that lived in the early Eocene, approximately 52.2 million years ago, making it the earliest known definitive bat. Four exceptionally preserved specimens, among the best preserved bat fossils, are known from the Green River Formation of North America. There is only one thoroughly described species of bat in the genus, I. index, although fragmentary material from France has also been tentatively placed within Icaronycteris as the second species I. menui. I. sigei is based on well-preserved fragments of dentaries and lower teeth found in Western India.