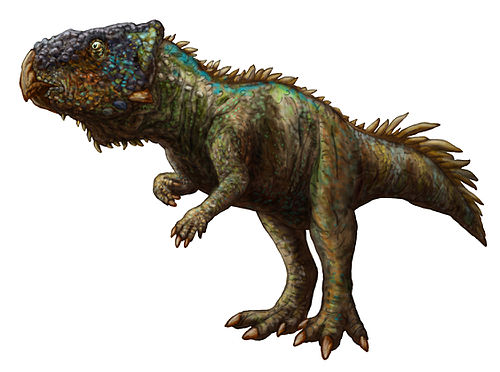 Helioceratops is a genus of neoceratopsian dinosaur from the Middle Cretaceous of China. The type species is H. brachygnathus, described in 2009 by a group of paleontologists led by Jin Liyong. Helioceratops was discovered in the Quantou Formation of China's eastern Jilin province and is known mostly from skull fragments. It reached a length of around 1.3 m (4.3 ft) and may have shared its habitat with Changchunsaurus.