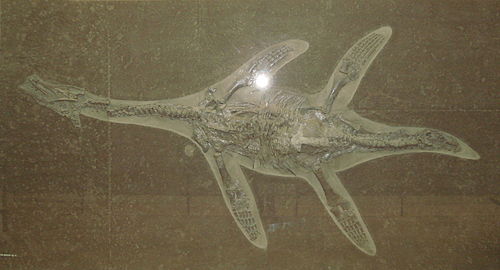 Hauffiosaurus is an extinct genus of Early Jurassic (early Toarcian stage) pliosaurid plesiosaur known from Holzmaden of Germany and from Yorkshire of the United Kingdom. It was first named by Frank Robin O'Keefe in 2001 and the type species is Hauffiosaurus zanoni. In 2011, two additional species were assigned to this genus: H. longirostris and H. tomistomimus.