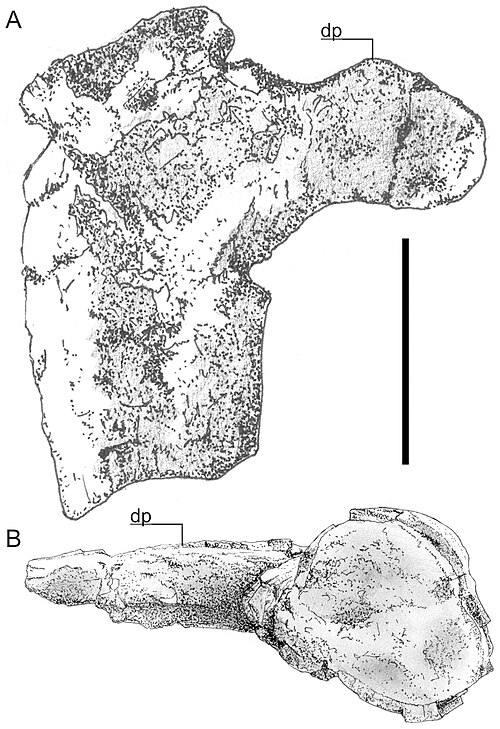 Hatzegopteryx ("Hateg basin wing") is a genus of azhdarchid pterosaur found in the late Maastrichtian deposits of the Densus Ciula Formation, an outcropping in Transylvania, Romania. It is known only from the type species, Hatzegopteryx thambema, named by Buffetaut et al. in 2002 based on parts of the skull and humerus. Additional specimens, including a neck vertebra, were later placed in the genus, representing a range of sizes. The largest of these remains indicate it was among the biggest pterosaurs, with an estimated wingspan of 10 to 12 metres (33 to 39 ft).

Unusually among giant azhdarchids, Hatzegopteryx had a very wide skull bearing large muscular attachments; bones with a spongy internal texture instead of hollow; and a short, robust, and heavily muscled neck measuring 1.5 metres (4 ft 11 in) long, which was about half the length of other azhdarchids with comparable wingspans, and was capable of withstanding strong bending forces. Hatzegopteryx inhabited Hateg Island, an island situated in the Cretaceous subtropics within the prehistoric Tethys Sea. In the absence of theropods, Hatzegopteryx was likely the apex predator of Hateg Island, tackling proportionally larger prey (including dwarf titanosaurs and iguanodontians) than other azhdarchids.