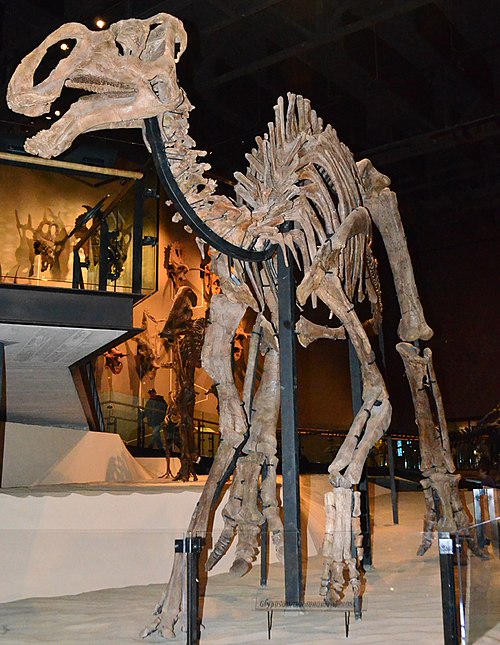 Gryposaurus (meaning "hooked-nosed (Greek grypos) lizard"; sometimes incorrectly translated as "griffin (Latin gryphus) lizard") was a genus of duckbilled dinosaur that lived about 83 to 74 million years ago, in the Late Cretaceous (late Santonian to late Campanian stages) of North America. Named species of Gryposaurus are known from the Dinosaur Park Formation in Alberta, Canada, and two formations in the United States: the Lower Two Medicine Formation in Montana and the Kaiparowits Formation of Utah.

Gryposaurus is similar to Kritosaurus, and for many years the two were thought to be synonyms. It is known from numerous skulls, some skeletons, and even some skin impressions that show it to have had pyramidal scales projecting along the midline of the back. It is most easily distinguished from other duckbills by its narrow arching nasal hump, sometimes described as similar to a "Roman nose," and which may have been used for species or sexual identification, and/or combat with individuals of the same species. A large bipedal/quadrupedal herbivore around 9 meters (30 feet) long, it may have preferred river settings.