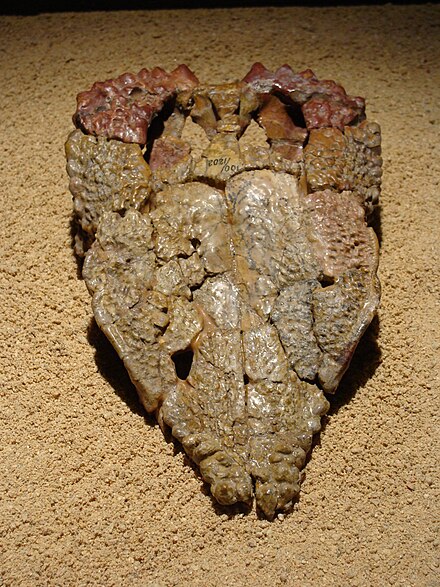 Goyocephale is an extinct genus of pachycephalosaurian ornithischian that lived in Mongolia during the Late Cretaceous about 76 million years ago. It was first described in 1982 by Perle, Maryanska and Osmolska for a disarticulated skeleton with most of a skull, part of the forelimb and hindlimb, some of the pelvic girdle, and some vertebrae. Perle et al. named the remains Goyocephale lattimorei, from the Mongolian goyo, meaning "decorated", and the Ancient Greek kephale, for head. The species name honours Oven Lattimore.