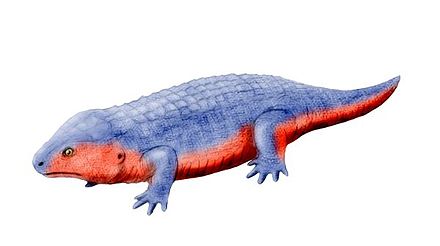 Fedexia is an extinct genus of carnivorous temnospondyl within the family Trematopidae. It lived 300 million years ago during the late Carboniferous period. It is estimated to have been 2 feet (0.61 m) long, and likely resembled a salamander. Fedexia is known from a single skull found in Pittsburgh, Pennsylvania. It is named after the shipping service FedEx, which owned the land where the holotype specimen was first found.