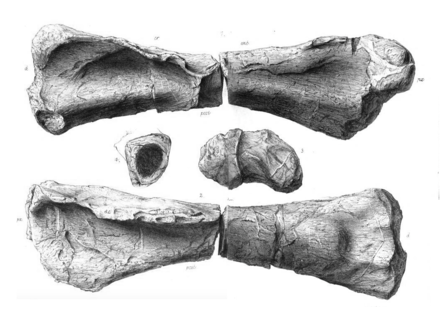 Duriatitan is a genus of titanosauriform sauropod dinosaur that lived in the Late Jurassic in what is now the United Kingdom. The holotype specimen of Duriatitan, BMNH 44635, is a partial left upper arm bone which was found by R.I. Smith near Sandsfoot in the lower Kimmeridge Clay from Dorset, England. The type species, D. humerocristatus, was described in 1874 by John Hulke as a species of Cetiosaurus. The specific name refers to the deltopectoral crest, crista, on the upper arm bone, humerus. The specimen was assigned to its own genus by Paul M. Barrett, Roger B.J. Benson and Paul Upchurch in 2010. The generic name is derived from the Latin name for Dorset, Duria, and Greek Titan.