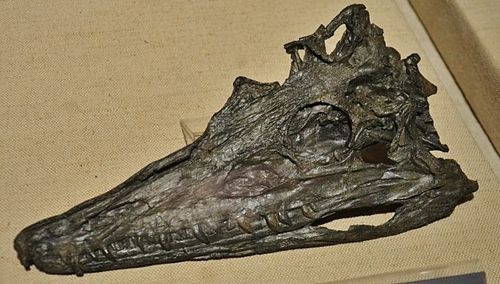 Diandongosuchus is an extinct genus of archosauriform reptile, possibly a member of the Phytosauria, known from the Middle Triassic of China. The type species Diandongosuchus fuyuanensis was named in 2012 from the Falang Formation of Yunnan Province. It is a marine species that shows similarities with another Chinese Triassic species called Qianosuchus mixtus, although it has fewer adaptations toward marine life. It was originally classified as the basal-most member of the pseudosuchian clade Poposauroidea. However, a subsequent study conducted by Stocker et al. (2016, 2017) indicated it to be the basalmost known phytosaur instead.