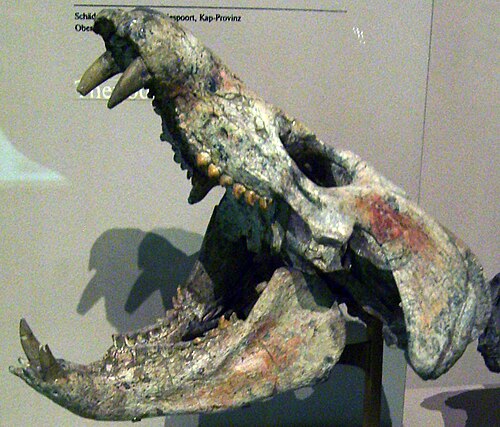 Diademodon is an extinct genus of cynodont therapsid. It was about 2 metres (6.6 ft) long and probably omnivorous. The genus was first described by paleontologist Harry Seeley in 1894 from the Karoo Basin of South Africa. Additional species were named by paleontologist A. S. Brink in 1979, although they are now considered synonyms of the type species Diademodon tetragonus. Fossils of the Diademodon tetragonus have more recently been found in deposits of the Rio Seco de la Quebrada Formation in Mendoza Province, Argentina.