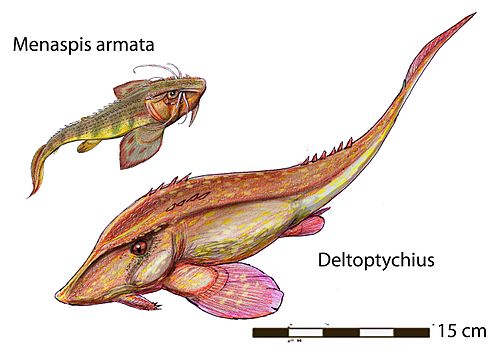 Deltoptychius is an extinct species of cartaliginous fish related to the modern chimaeras. It lived in the Carboniferous period of present-day Europe.

Although it emerged over 300 million years ago, Deltoptychius was similar in appearance to modern-day chimaeras, possessing a long, whip-like tail and large, wing-like pectoral fins that it probably used to glide through the water. Deltoptychius`s large eyes allowed it to hunt in deep waters, crushing shellfish between solid tooth plates in its mouth.