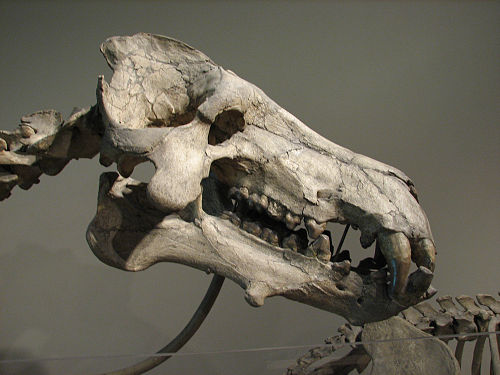 Daeodon (from Greek, daios, daios "hostile" or "dreadful", and odon, odon "teeth") is an extinct genus of entelodont artiodactyl that inhabited North America between 29 and 19 million years ago during the late Oligocene and early Miocene epochs. The type species is Daeodon shoshonensis, the last and largest of the entelodonts; known adults of this species possessed skulls about 90 cm (3 ft) in length. It had a broad distribution across the United States, but it was never abundant.