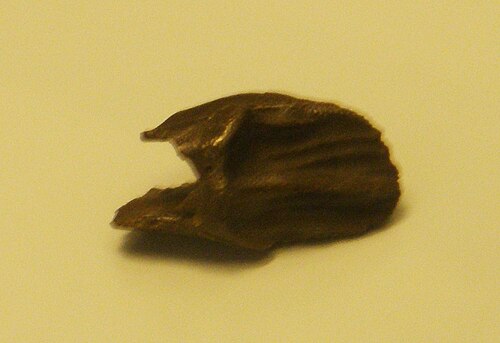 Craspedodon (meaning 'edge tooth') is an extinct genus of ornithischian dinosaur, possibly a ceratopsian. It lived during the Late Cretaceous (Santonian stage, around 85 million years ago), in what is now Belgium. Only a few teeth have ever been found, which were described as similar to those of Iguanodon. Craspedodon lonzeensis, described by Louis Dollo in 1883, is the type species, although it is considered a nomen dubium since it is based on fragmentary material (teeth only). It was long thought to be an iguanodontian, but restudy suggested that it was actually a neoceratopsian, perhaps closer to Ceratopsoidea than Protoceratopsidae. If the reidentification is correct, Craspedodon would be the first neoceratopsian known from Europe.