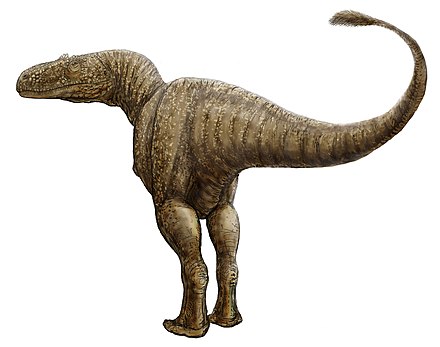 Condorraptor (meaning robber or snatcher from Cerro Condor) is a genus of megalosauroid theropod dinosaur. It lived during the Middle Jurassic in what is now Argentina, Canadon Asfalto Formation. The type species, described in 2005, is Condorraptor currumili. It is based on a tibia, with an associated partial skeleton that may belong to the same individual. Initially described as a basal tetanuran, Benson (2010) found it to be a megalosauroid and the sister taxon of Piatnitzkysaurus. An articulated skeleton was reported in 2007.