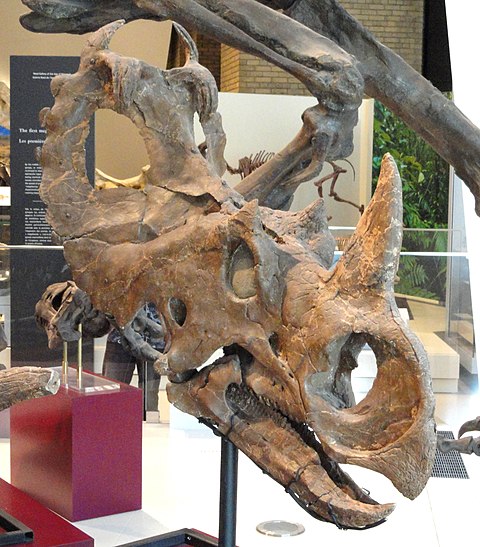 Centrosaurus ( SEN-tro-SAWR-as) is a genus of herbivorous ceratopsian dinosaurs from the late Cretaceous of Canada. Their remains have been found in the Dinosaur Park Formation, dating from 76.5 to 75.5 million years ago.

The name Centrosaurus means "pointed lizard" (from Greek kentron, kentron, "point or prickle" and sauros, sauros, "lizard"), and refers to the series of small hornlets placed along the margin of their frills, not to the nasal horns (which were unknown when the dinosaur was named). The genus is not to be confused with the stegosaur Kentrosaurus, the name of which is derived from the same Greek word.