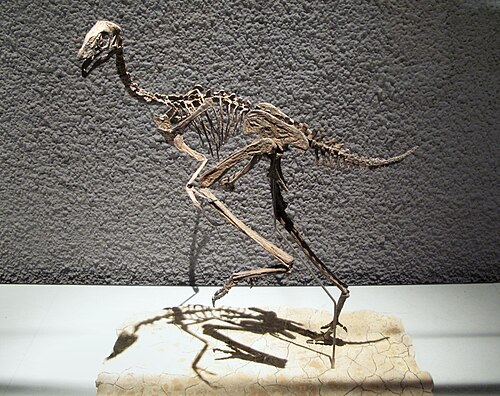 Caudipteryx (which means "tail feather") is a genus of peacock-sized theropod dinosaurs that lived in the Aptian age of the early Cretaceous Period (about 124.6 million years ago). They were feathered and remarkably birdlike in their overall appearance. Two species have been described; C. zoui (the type species), in 1998, and C. dongi, in 2000.

Caudipteryx fossils were first discovered in the Yixian Formation of the Sihetun area of Liaoning Province, northeastern China in 1997.