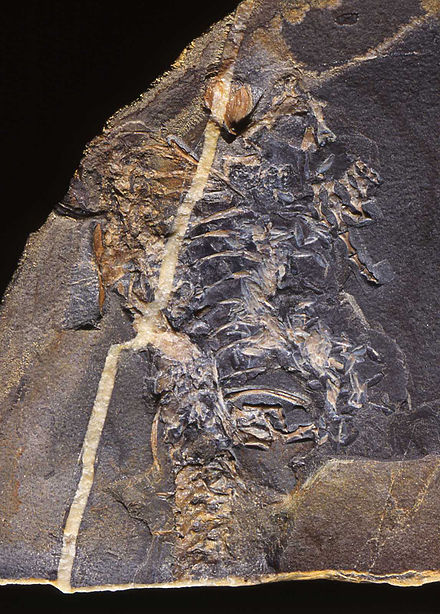 Casineria is an extinct genus of tetrapod which lived about 340 million years ago in the Mississippian epoch. Its name, Casineria, is a latinization of Cheese Bay, the site near Edinburgh, where it was found. It lived in what was then a fairly dry environment in Scotland.

It is a transitional fossil noted for its mix of primitive (amphibian) and advanced (reptilian) characters, putting it at or very near the origin of the amniotes. The sole find is lacking key elements (most of the skull and the whole lower body is missing), making exact analysis difficult.