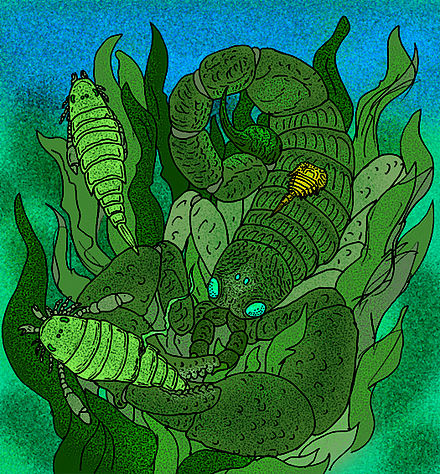 Brontoscorpio anglicus is a species of fossil scorpion. Its remains were discovered in Upper Silurian-aged sandstone from Trimpley, Worcestershire, and the species was described on the basis of an incomplete single free finger of a pedipalp, almost 10 centimetres (3.9 in) long. The complete animal is estimated to be at least 90 centimetres (35 in) long. Its carnivorous diet may have consisted of worms or other arthropods.