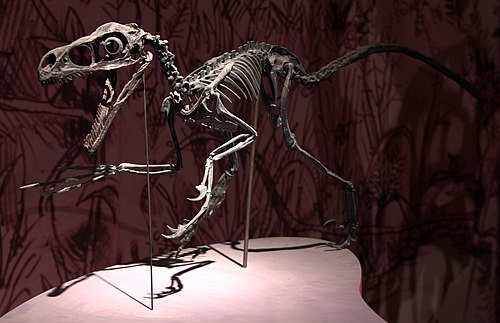 The holotype fossil is less than one meter long, although this specimen appears to be a juvenile, and it is possible that Bambiraptor is really just a juvenile Saurornitholestes. Because of its small size, it was named Bambiraptor feinbergi, after the familiar Disney movie character, the name literally translates to "Bambi thief" and the surname of the wealthy family who bought and lent the specimen to the new Graves Museum of Natural History in Florida.