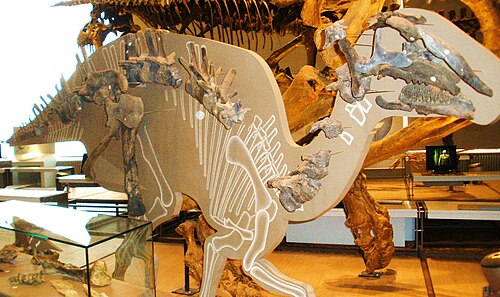 Bactrosaurus (meaning "Club lizard," "baktron" = club + sauros = lizard) is a genus of herbivorous dinosaur that lived in east China during the late Cretaceous, about 70 mya, though some Bactrosaurus fossils have been dated back to 90 mya. The position Bactrosaurus occupies in the Cretaceous makes it one of the earliest known hadrosauroids, and although it is not known from a full skeleton, Bactrosaurus is one of the best known of these forms of hadrosaurs predecessors.