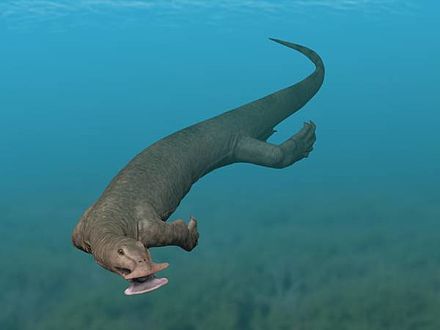 A near complete skeleton along with a left lateral portion of the skull were discovered near Daaozi village, Yunnan, China. The scientific name derives from the peculiar zipper-shaped morphology of the holotype specimen's jaws and unique dentition. However, two fossil skulls discovered in 2016 indicate that the holotype skull was badly damaged, and that the living animal actually had a hammer-shaped head with shovel-like jaws.