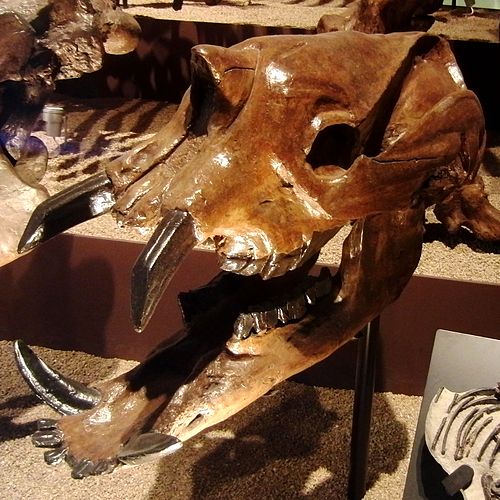 Astrapotherium ("Great Lightning Beast") is an extinct genus of South American mammal which vaguely resembled a cross between a small elephant, and a very large tapir. This peculiar-looking animal was unrelated to modern elephants, and was, instead, related to other extinct South American ungulates. The beast lived in the Early to Middle Miocene. Fossil remains of the type species A. magnus have been found in the Santa Cruz Formation in Argentina. Other fossils have been found in the Deseado, Sarmiento and Aisol Formations of Argentina, in Colombia (Honda Group), Chile (Cura-Mallin and Rio Frias Formations) and Chaguaramas Formation, Venezuela.