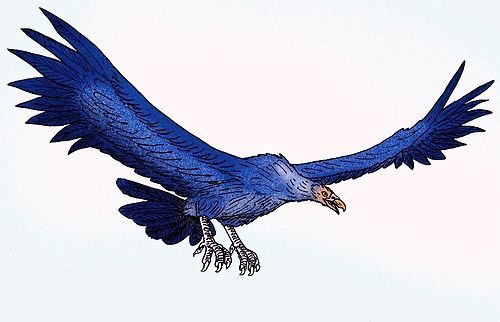 Argentavis magnificens ("magnificent Argentine bird", or more literally "magnificent silver bird") was among the largest flying birds ever to exist, quite possibly surpassed in wingspan only by the recently discovered Pelagornis sandersi. A. magnificens, sometimes called the giant teratorn, is an extinct species known from three sites in central and northwestern Argentina dating to the late Miocene, where a good sample of fossils have been obtained.