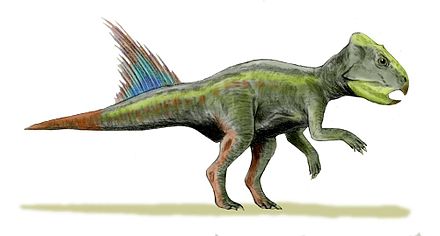 Archaeoceratops, meaning "ancient horned face", is a genus of basal neoceratopsian dinosaur from the Early Cretaceous (Aptian stage) of north central China. It appears to have been bipedal and quite small (about 1 meter long) with a comparatively large head. Unlike many later ceratopsians it had no horns, possessing only a small bony frill projecting from the back of its head.