ARANDASPIS
(ah-rand-as-pis)
meaning: "Aranda shield - after the Aboriginal Aranda tribe who live near where the first discoveries were made" 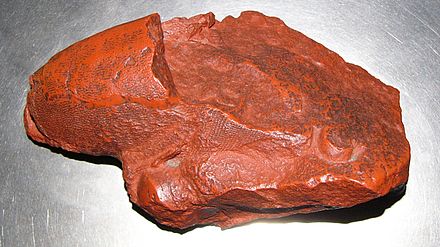 Arandaspis prionotolepis is an extinct species of jawless fish that lived in the Ordovician period, about 480 to 470 million years ago. Its remains were found in Alice Springs, Australia in 1959, but it was not determined that they were the oldest known vertebrates until the late 1960s. Arandaspis is named after a local Aboriginal tribe, the Aranda (now currently called Arrernte).