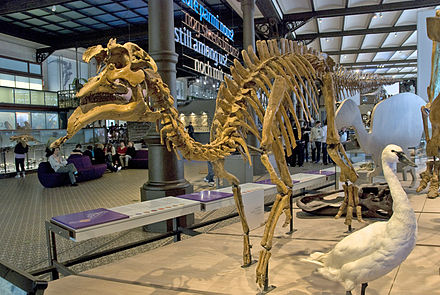 Amurosaurus ("Amur lizard") is a genus of lambeosaurine hadrosaurid dinosaur found in the latest Cretaceous period (66 million years ago) of eastern Asia. Like most lambeosaurs, it would have been a primarily bipedal herbivore with a "duckbill" shaped snout and a hollow crest on top of its head, although such a crest has not been found. Fossil bones of adults are rare, but an adult would most likely have been at least 6 metres (20 ft) long. According to Gregory S. Paul, it was about 8 metres (26 ft) long and weighed about 3,000 kilograms (6,600 lb).