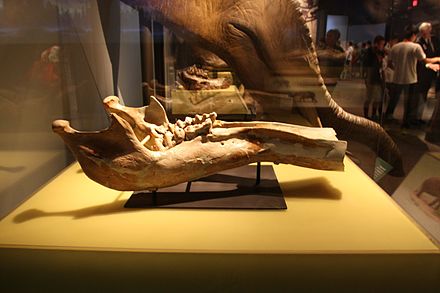 Amebelodon is a genus of extinct proboscidean belonging to Amebelodontidae (the so-called shovel-tuskers), a group of proboscideans related to the modern elephants and their close relative the mammoth. The most striking attribute of this animal is its lower tusks, which are narrow, elongated, and distinctly flattened with the degree of flattening varying among the different species. Two valid species are currently placed within this genus, which was endemic to North America. Other species once assigned to Amebelodon are now assigned to the genus Konobelodon, which was once a subgenus.