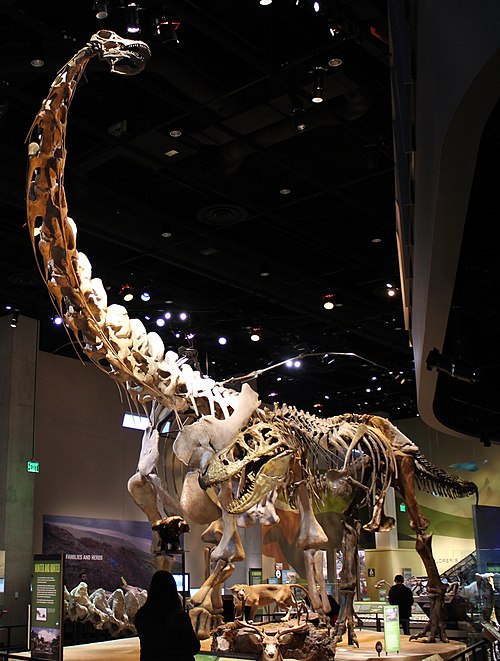 Alamosaurus (meaning "Ojo Alamo lizard") is a genus of titanosaurian sauropod dinosaurs, containing a single known species, Alamosaurus sanjuanensis, from the late Cretaceous Period of what is now southern North America. Isolated vertebrae and limb bones indicate that it reached sizes comparable to Argentinosaurus and Puertasaurus, which would make it the largest dinosaur known from North America. Its fossils have been recovered from a variety of rock formations spanning the Maastrichtian age of the late Cretaceous period. Specimens of a juvenile Alamosaurus sanjuanensis have been recovered from only a few meters below the Cretaceous-Paleogene boundary in Texas, making it among the last surviving non-avian dinosaur species.