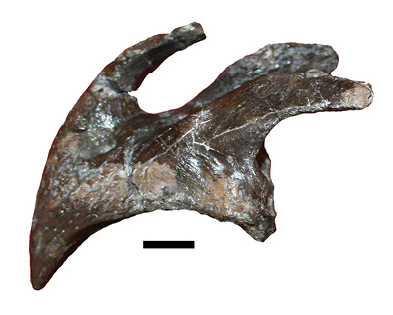 Ajkaceratops (pronounced "oi-ka-sera-tops") is a genus of ceratopsian dinosaur described in 2010. It lived during the Late Cretaceous in what is now Europe, in what was then the western Tethyan archipelago. The type species, A. kozmai, is most closely related to forms in east Asia, from where its ancestors may have migrated by island-hopping. The generic name, Ajkaceratops, honors Ajka, a town in Hungary near Iharkut, where the fossils were discovered, combined with the Greek ceratops, meaning "horned face". The specific name, "kozmai", honors Karoly Kozma.